Paul Chong Hasang was the son of Augustine Chong Yakjong, one of Korea’s first converts to Christianity. Yakjong was martyred with Paul’s older brother, but Yakjong’s wife and their remaining children, including seven-year-old Paul, were spared. Paul became a government interpreter, which allowed him to travel and eventually meet a bishop in Beijing whom he entreated to send priests as missionaries to Korea. Years later, Paul learned Latin and theology, and he was about to be ordained when persecution broke out in 1839. Refusing to renounce his faith, Paul was bound to a cross on a cart. We remember him on this day, along with Andrew Kim Tae-gon, the first Korean-born Catholic priest, and 103 other Korean Christians who were martyred.

The Lord is full of compassion and mercy : slow to anger and of great kindness.

He will not always accuse us : nor will he keep his anger for ever.

For as the heavens are high above the earth : so is his mercy great upon those who fear him.

As far as the east is from the west : so far has he removed our sins from us.

As a father cares for his children : so does the Lord care for those who fear him.

When a judge told Paul Chong Hasang that the king had forbidden Christianity and that it was his duty as a loyal subject to renounce the faith, Paul replied, “I have told you that I am a Christian, and will be one until my death.”

Thank you, Lord, for the witness of those who have counted their relationship with you more important than their very lives. Draw us to you in constant prayer, that we might grow in the intimacy that makes your passion ours. Amen. 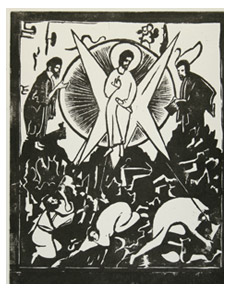