Established in African-American communities on December 31, 1862, Watch Night is a gathering to celebrate the Emancipation Proclamation becoming law. When the clock struck midnight on January 1, 1863, all slaves in the Confederate States were proclaimed free. Since that date 146 years ago, African-Americans have celebrated the good news of freedom in local churches on New Year’s Eve. Like the slaves who first gathered while the Civil War raged on, we proclaim freedom for all captives in -Jesus’ name, knowing that for millions, freedom is not a reality. Our celebration is a commitment to join modern-day slaves and undocumented workers in their struggle for justice.

Hallelujah! Praise God in his holy temple : praise him in the firmament of his power.

Let everything that has breath : praise the Lord. Hallelujah!

Writing about the first Watch Night, Booker T. Washington said, “As the great day grew nearer, there was more singing in the slave quarters than usual. It was bolder, had more ring, and lasted later into the night. True, they had sung those same verses before, but they had been careful to explain that the ‘freedom’ in these songs referred to the next world, and had no connection with life in this world. Now they gradually threw off the mask; and were not afraid to let it be known that the ‘freedom’ in their songs meant freedom of the body in this world.”

Lord, we know that freedom will prevail because you are already victorious. Help us never lose hope, never stop celebrating your victory, and never stop walking alongside those who struggle to see this freedom come on earth as it is in heaven. Amen. 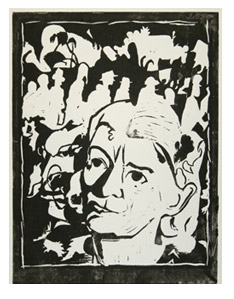